As soon as Keanen left school on Wednesday, we headed down to Ouelessebougou towards the promise of great fun and celebration. Keanen had no school on Friday, so we prepared ourselves for a long break. The night of Wednesday Sep 21st, we witnessed the Malian equivalent of fireworks. The youth of Ouelessebougou gathered with flaming hay in their hands, raised high. They chanted Mali’s freedom accompanied by song. This was an amazing sight to behold as we witnessed this from Yeah’s car that was leading the torch bearers. To any “non-Malian” passerby, it would look as if we were being chased by an angry mob with fire ;0.We were quite safe. Keanen seemed quite concerned for the safety of the torch bearers. The kids, and I must say myself, were amazed at the sight that followed the car. The journey was about 3 miles and  was handled quite peacefully and without problems. For that I am glad.

The next day, the festivities took a more solemn turn similar to speeches that an American president might give. The celebration was slated to start at 9am “sharp” and like all good Malian celebrations started a good hour later. We were accompanied in style by a host of 30 motorcycles that beeped in our welcome. This was a sight to see and even my normally noise sensitive children got into the swing of things. 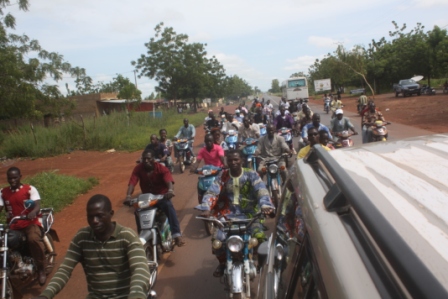 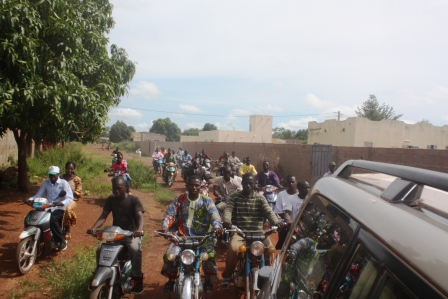 We were welcomed at the event by a crowd of about 500 people. It was amazing to see so many kids. I loved seeing the scoutmaster direct his young troop into the raising of the flag and the singing of the national anthem. As the crowd stood up in honor of their country, I loved seeing them salute the flag that represented independence for their country. After a few solemn speeches by the dugutigi and Yeah, the party moved on. Yeah talked about the last 51 years of independence in Mali. He also talked about the upcoming presidential elections and how Ouelessebougou needs to mobilize themselves to support the new leader and change. 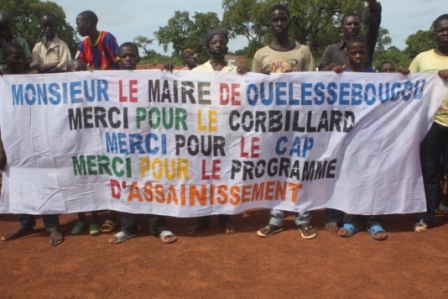 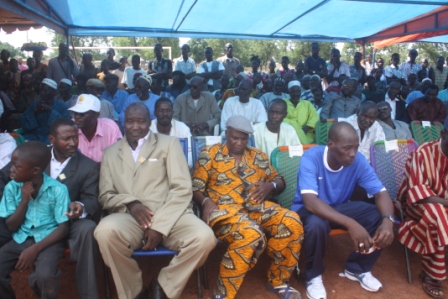 As with any good Malian party, it would not be complete without a griot singing. Yeah broke protocol and joined the drummers in a dance. As a mayor this is not a common sight but the people of Ouelessebougou loved it!  Then came the major entertainment of the morning. A young bicyclist proved great prowess as he cycled three bicycles (that’s right, I said three), backwards( yes, backwards)!! This trick was followed by multiple balancing tricks that my dear Keanen just loved. Carmen kept hoping he would fall off his bike.:) 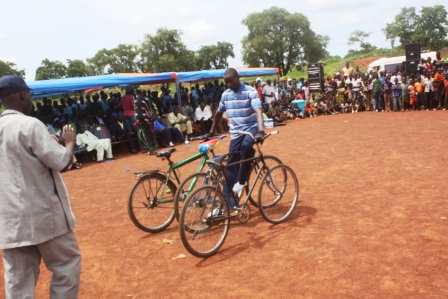 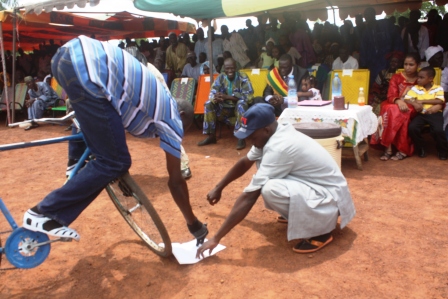 As we headed back to the car, the car was besieged by a crowd of young children. I don’t think I have shaken as many children hands. Their excitement seemed pure and I was only too happy to share their joy of this wonderful day. My hope was that their futures would be as bright as their excitement. 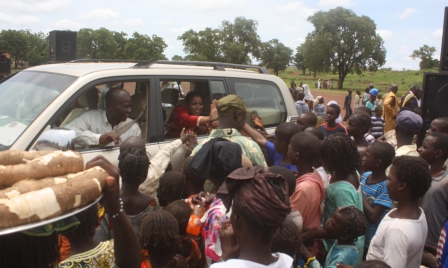 The afternoon brought a soccer match between N’Tentou and Ouelessebougou. That was interesting to watch. Soccer is an integral part of Malian lives and how best to celebrate this day than a soccer game. However during the second half, rains came and washed out the hopes of a champion. 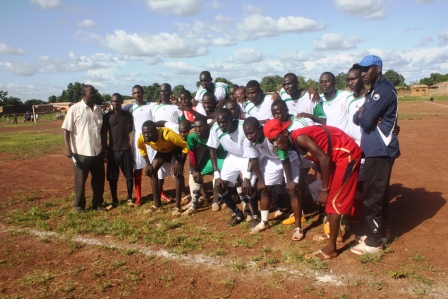 Overall it was a wonderful day. I enjoyed experiencing the Independence Day in another country. Each country looks at its past and its present while planning for the future in different ways. In Mali, there seems to be a genuine excitement of the 51 years past. However there also exists a deep hope of more to come in the future. The current president has done much for his country. However the dependence on foreign aid is huge and the unemployment rate anchors Mali as the second poorest country. It is time for leadership to move to a new holder. A leader that can reduce dependency on foreign aid, while utilizing the country’s massive resources to increase internal wealth. Mali is a huge producer of gold and cotton. Hope is what resounds at this year’s celebration. Hope for a good education. Hope for a better healthcare system. Hope for the ability to not worry where your next meal will come from. Hope for a non corrupt fair President. Hope for better days to come. Mali will have its day. However it cannot make it there without strong principled leadership. Vive Mali!! (Long live Mali). May God shine his peace, hope and love on its people.

Posted by Marissa Samake on September 24, 2011 in Past Posts