The meetings and events continue with such a vigor that is familiar with a campaign in progress. Yeah seems to continue his efforts with determination and to his fellow-candidates, effortless. This past weekend, there were three major events that occurred. The first was in Yeah’s home base of Ouelessebougou. The youth, which is a significant portion of the voting base, came to see Yeah and offer their support. They wanted to better understand the campaign plan and platform. They were also eager to know what progress was being made by Yeah’s party PACP in other parts of the country. This is amazing to see the youth so mobilized. It makes me think back to Obama’s campaigning in America when he lit a fire under the youth. The hope is to light a similar fire to help vote Yeah into office. The hope is for a better Mali with jobs, a decent health care system and a more stable education system that will help vault Mali out of its position as the 2nd poorest country. I’m not saying Yeah can change this country overnight, but Mali deserves strong, honest leadership. 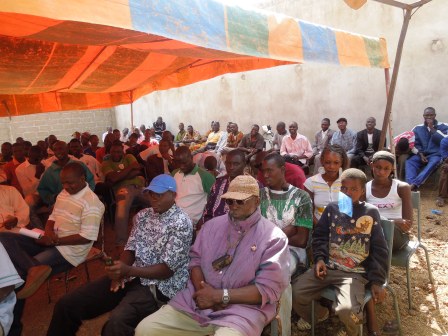 The next village that Yeah’s team went to was Beneko. Yeah, as part of Mali Rising, has done a lot of good in this village. The Cliff and Nita Bailey School of Beneko was built here. Also there have been significant donations of textbooks, solar panels and computers to this school that will enable the children of Beneko to beat the darkness of illiteracy. The meeting in Beneko was a big one. Leaders from the surrounding eleven villages ( Bénéco, Denfra, Kolena, Banancoro, Dianicoro, Zélabougou and others) came to hear Yeah and his party speak. They came with an enthusiasm that knew no bounds and were eager to urge their candidate on. It is exciting to see the enthusiasm that is so evident in Beneko and to hope that this excitement will spread like a wild fire among the other areas of Mali. I can hardly wait for active campaigning to start in January. This region (that Yeah hails from) has not seen a candidate for the last 50 years. This is an exciting time for this region as they show support and put their faith in one man, and that man is none other than Yeah Samaké. Yeah Samaké, whose great grandfather seven generations ago, founded Ouelessebougou, whose father was a respected man in the village and who himself has done much for his country without financially benefiting. 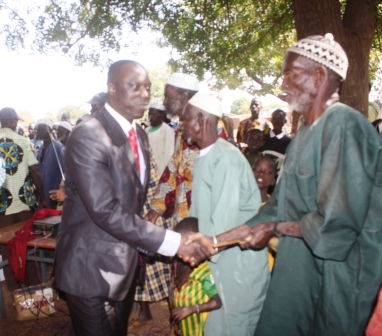 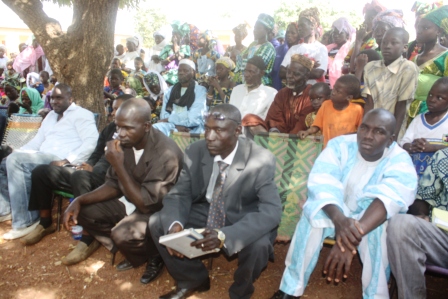 The last meeting which was the most exciting was in Sankarani. The reason I say most exciting is not because there was a huge crowd but rather it best embodies the spirit of the willingness to accept change. This is exciting because the party welcomed a mayor and his five councilors. Toumani Sidibé, mayor of the rural town of Sankarani in Wassoulou left his party URD for PACP. These individuals publicly denounced their own parties and joined PACP. They left a big party that has been around for 50 years.

The support grows day by day. This support is very important as it shows the undecided voters where there seems to be the biggest support. It will mobilize voters to investigate Yeah and see what he truly stands for. These meetings take a lot of time and effort. They require driving hours one way to make sure the word spreads. In a country where the biggest advertiser is word of mouth, these meetings are essential to the campaign and its success. These meetings however also take a lot of money that is eaten up by travel expenses. If you believe in what we are doing, show your support at http://www.samake2012.com and take the opportunity to affect a country’s political landscape and effect the personal lives of Malians. You don’t have to be rich like Angelina Jolie or even appointed by the UN to make a difference. Vive PACP and Vive Mali!

Posted by Marissa Samake on December 1, 2011 in Past Posts

3 responses to “Campaigning with heart”