A day of tricks and fun

Today had to be the craziest day with the kids. But boy do I love those stinkers. It felt like they were on a perpetual high as they jumped from one game to another. I think part had to do with Carmen whose nap I decided to forgo since her nap from the day before prevented her from going to sleep until 1 in the morning.

After lunch, they started off by playing with their spacecrafts. 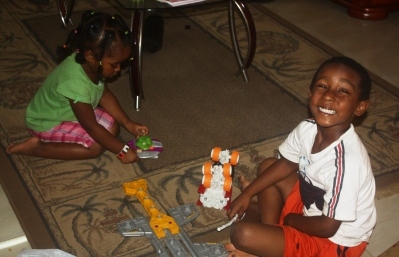 Hide and Seek with Carmen

Soon getting tired of this they started imitating the first race in the Disney movie Cars. This was the funniest thing to watch. For twenty minutes, Carmen pretended to be McQueen as she raced around the track (my couch) about 10 times. Keanen all the while pretended he was on a megaphone shouting out Carmen’s progress. It was the craziest thing I have ever seen. If I had not been in charge of them all day, I would have accused someone of drugging them. 🙂

Carmen Racing around the couch_1

Carmen Racing around the couch_2 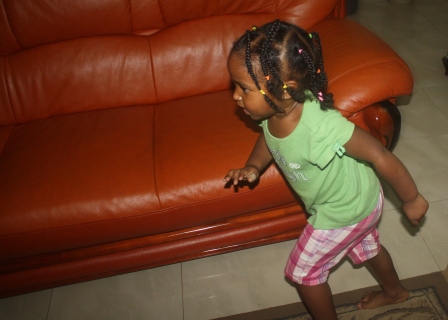 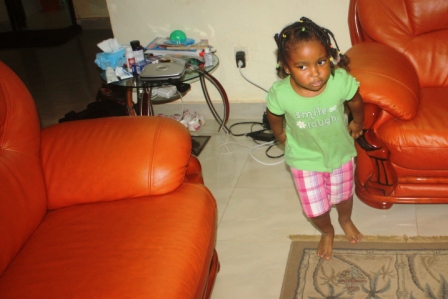 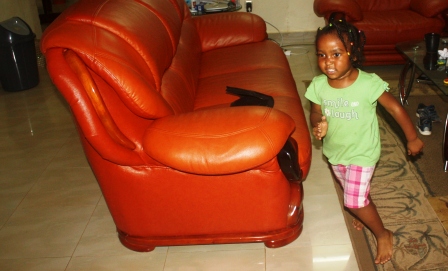 And on..Seriously this happened atleast 10 times

And the race is over.

After this craziness, they decided to do a trick in which Keanen held Carmen’s legs and helped her walk.

Some exercise followed the tricks.

Seriously I don’t know where they got this energy from. After dinner it was time for none other than Limbo. Taking a bottle, Keanen urged Carmen to try to get under the bottle. Carmen was only too happy to return the favor 5 minutes later. 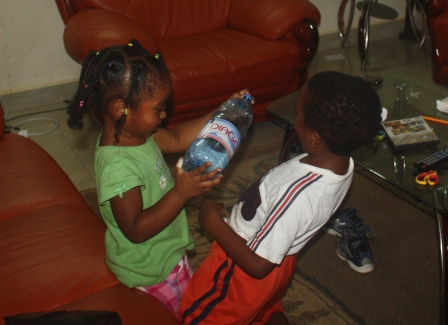 How low can you go?? 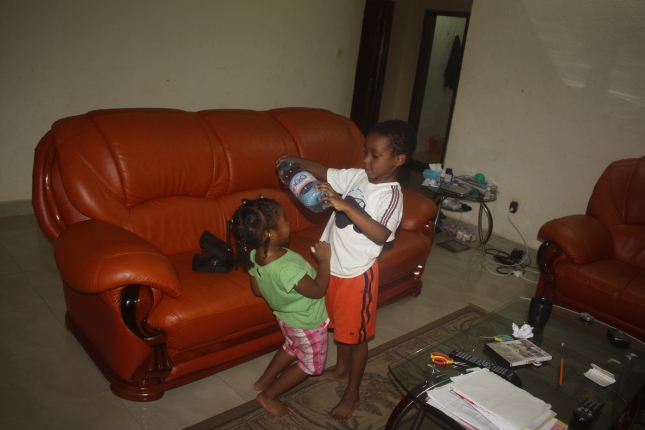 Let’s just say, I’m glad the day is over. They were too!! 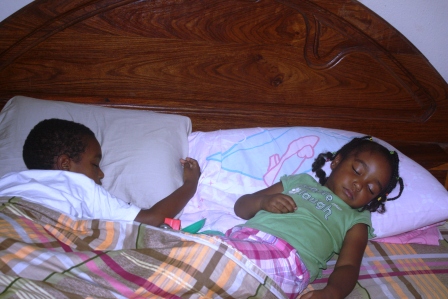 Posted by Marissa Samake on September 3, 2011 in Past Posts

2 responses to “A day of tricks and fun”