The last week in October was probably the most important, hectic week so far in our diplomatic career. During this time, India held its 3rd Africa India summit and hosted about 54 African nations in an effort to boost ties between the continent of Africa and India. In the biggest event since 1983, 42 African presidents attended this grand summit .

We had a unique opportunity to host the President of Mali, H.E. Ibrahim Boubacar Keita, the First Lady of Mali, H.E. Madame KEITA Aminata Maiga, a delegation of six Malian ministers and 15+ government staff. What a nail biting yet amazing experience!! 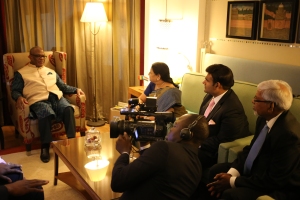 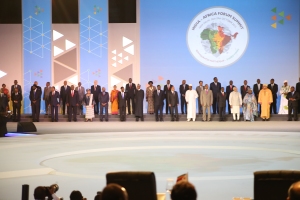 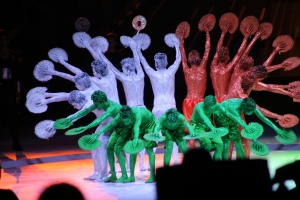 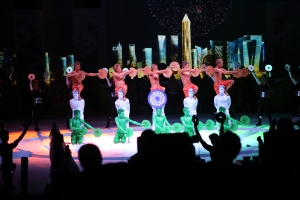 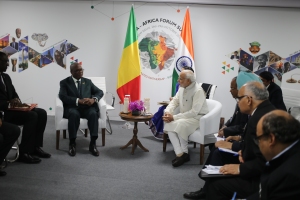 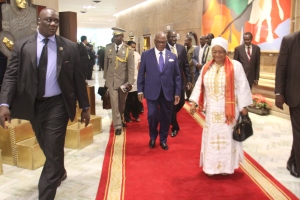 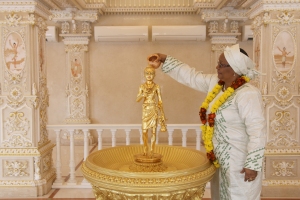 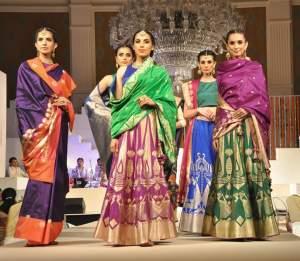 During the weeklong event, Mali had an opportunity to share with India the many ways that we can grow a mutually beneficial relationship with India. The Foreign Minister H.E Abdoulaye DIOP extended his gratitude for the military support provided by India while encouraging India to further strengthen its cooperation  in the area of ​​peace, security and the fight against terrorism. The Indian PM Narendra Modi announced a 10 billion USD line of credit, aid amounting to 600 million USD over the next 5 years which includes a India-Africa Development Fund of 100 million U.S. dollars and an India-Africa Health Fund of 10 million U.S. dollars and 50000 scholarships for African students over the next 5 years.

In his address, our President, His Excellency Mr. Ibrahim Boubacar Keita first paid tribute to the longstanding friendship and cooperation between India and Africa that were strengthened by leaders like Gandhi, Presidents Gamal Abdel Nasser, Nkrumah, Modibo Keita, Nelson Mandela and Jomo Kenyatta.

He denounced terrorism and violent extremism, which according to him, is now one of the most serious threats to peace and security and noted that the fight against these evils must be at the center of the joint action of the Partnership. He stressed the potential of both parties and called for a strengthening of the strategic partnership for economic and social development of India and African countries.

He also took the opportunity to express its deep gratitude and that of the people and Government of Mali to all countries friendly to the multifaceted and ongoing support to Mali.

During his meeting with the Prime Minister of India, H.E President Keita expressed his gratitude to India for providing Mali with soldiers to protect the North of Mali. Our President also expressed interest in growing Indian investment opportunities in the fields of agriculture and technology in Mali. PM Modi  further invited President Keita back for a separate bilateral visit to India.

President Keita also took an opportunity to meet with the Malian student leaders from Bangalore. He expressed his support for them and his joy in meeting them.

During this time, I also had an opportunity to spend some time with the First Lady of Mali. I continue to be amazed at her genteel and down to earth nature. During the spouses program, we had an amazing opportunity to visit the beautiful Akshardham temple. During her time at the temple, she joined other African First Ladies in offering  prayers for world peace and harmony by offering ‘abhishek’, the ceremonial pouring of sanctified water from 151 holy rivers, lakes and ponds across India on the sacred image of Sri Neelkanth Varni. About the visit, the First Lady said: The visit was really educative. It is a place of peace, humanity and wisdom. Simply magnificent and a beautiful monument. May we keep inspiring from the past values to make our life more beautiful. Well done to Indian people for their ingenuity work.”

The last night, our delegation was received by a big Indian delegation that introduced us to the mystery of Bollywood and the true Indian culture. The night was filled with great music and good Indian food. This experience left quite a indelible unforgettable mark among all our delegation.

This summit was monumental in terms of the endless possibilities to grow Mali and India’s friendship. Yeah and I gained a fresh perspective on how we can move Mali forward in our role. We learned so much more about diplomacy and had a chance to experience it truly at work. What an unforgettable, mind blowing experience all round!

Posted by Marissa Samake on November 10, 2015 in Past Posts