The political situation in Mali, as far as South Mali goes, remains quite stable. The Prime Minister seems to have gotten his team together so that the country can be run. The Interim-President Diacounda Traore remains absent as he continues to have treatment in Paris. To be honest, it really matters little that he is not here as much of the government running is done by the Prime Minister and his transitional government while the President remains in name alone. There are pitter-patters of discontentment from the political circle in regards to the running of the government. The transitional government that was formed left out all political parties, one feature that has received international credit but that has caused major discontent among Mali’s political class who feel they should have been included in the government. While it seems admirable that no old guards from the political parties were represented among the transitional government, it would have been advisable to have a few fresh faces from Mali’s political circle as advisers. The result now is that there are many parties, mainly the big ones that are creating a stir by saying the Prime Minister is ineffective and the country is not making progress.

Yeah’s had formed a political coalition ADPS (Alliance des Démocrates Patriotes pour la Sortie de crise) with other political parties. This past week saw members of some of the political parties claiming that they wanted to ask the Prime Minister Diarra to resign and have a new government be created. Yeah refused to go along with this and advised PACP’s official position as such: “The Political Bureau of the Party for Civic and Patriotic Action(PACP) informed the Executive Board of the Alliance of Democrats for the Patriots out of the crisis (ADPS) of our decision to disengage from the memorandum between the ADPS and FDR. Given the principles and values that led to the creation of the ADPS, PACP will reserve from partnering with FDR. Our party is committed, in this delicate moment in the life of the nation, to support the government of Mali in its mission to regain territorial integrity of our country and the organization of upcoming elections.”

It is essential at this point in time that Mali not falter back to the position it was in 3 months ago. To return back to a non recognized form of government would create more uncertainty in Mali and encourage further rebel actions in Mali’s North. Already, the Northern region has declared their independence and is looking for Mali to separate from that region. The question is not whether Mali will relinquish its hold, it’s when it will start to regain its territory so that it’s displaced people in Niger, Mauritania and Burkina Faso can return home. Also letting the Northern region go will mean doom to other ethnic groups that form the majority in these regions as they will be driven out and suffer the same fate that the refugees suffer today. Also, already the activities of rebels and AQIM are pointing in the direction that the North will become Al-Qaeda’s new playground.

Mali’s dilemma is complicated to say the least. Diarra, the Prime Minister, needs to become more vocal about his intentions or his people will start to lose faith in his abilities. There is little indication as to where his policies are headed. An uninformed people can easily be led away and become an opposition. Diarra, now more than ever, needs to get his people on his side. Food prices are rocketing and it is the general population that lives on less than a $1 a day that suffers. Two things remain a priority for Mali. First and foremost, Diarra needs to show the Malian people who is in charge and share his ideas to get Mali where it needs to be. Second, he then needs to bolster the Malian army so that terrorist groups can be expelled from the country. When these groups are removed, then negotiations can happen with the Tuaregs to determine their rights without infringing on other ethnic groups.

While the political scene remains complicated, but stable, the Malian people continue on with their daily lives. Yeah’s party PACP has been growing in droves ever since the coup happened. With the major political parties in disarray with no leadership, many youth leaders are knocking on PACP doors to investigate joining the party. PACP is engaging in tasks that follow its core principle of patriotic and civic action. Along these lines, PACP sent a delegation to Burkina Faso to assess the refugee situation a week and half ago. Their visit lit a fire under the Malian authorities who now have also paid a visit to these camps. 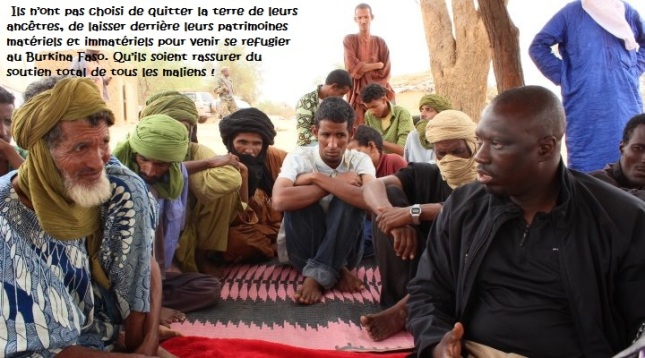 Another group that has received some attention from PACP is the women. Personally, I believe that Malian women are strong. They work dawn to dusk taking care of their families and are usually the first to wake up and the last to go to bed. Usually they will have anywhere from 4-10 children with the average being six. Their responsibilities do not stop there. They cook, clean, chop firewood and often try to start small businesses so that they can bring in some income. All of this is usually done with a child on their back or one to two in tow. In Mali, women and men have separated incomes. The man is responsible for providing money for food and the general running of the household. Any money the women bring in can be used by her at her discretion. Having a business teaches these women how to sustain themselves. The culture in Mali is rapidly changing and it is very common to see small street businesses run by women selling anything from household items to produce. 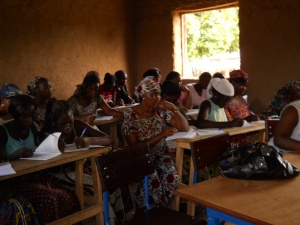 Classroom training for the women

PACP in an effort to encourage increased women entrepreneurship hosted a free workshop for 25 women, led by PACP member Kone, to teach women how to make soap and shea butter. The women in a 5-day workshop received the benefit of formal training in a classroom setting as well as on the job training. This was an awesome opportunity for these women to learn a business that they could then take back to their own regions and implement. Shea butter is a very essential product in Mali everyday life. It is used for anything from a cosmetic value to a medicinal use. People in Mali will often use shea butter when they have a cold or sore throat and many will swear by its effectiveness. In addition it is used in cooking and some will even add a perfume into it and make it a cream. Soap as well is an essential part of everyday life in Mali. As polluted as Mali is, Malian women do the best they can do to keep their surroundings and personal/family items clean. These two items are essential in Mali’s economy and there can never be too much of either product. By teaching these women how to make these products, PACP is providing them the tools to learn a skill that could change their lives. This knowledge can be shared not only with the next generation, but more importantly with other women in their communities. Women are very social in Mali and by teaching one woman you are in essence teaching the entire group she will associate with.  On their final day of training the group met with Yeah in Ouelessebougou, where he expounded to them the importance of the training and what the women could gain from it if used. 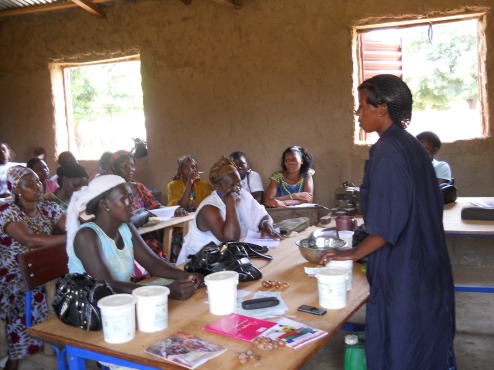 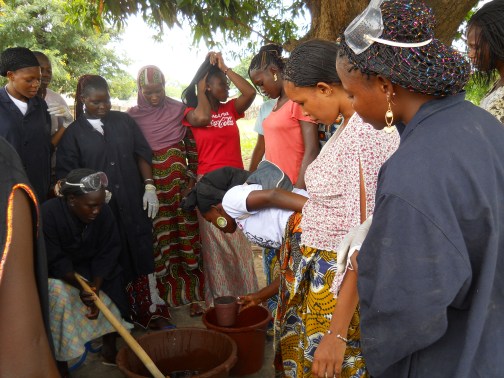 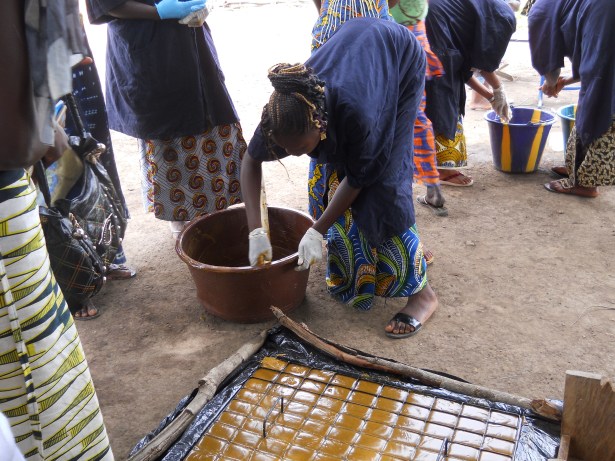 The finished product being allowed to set. In Mali, bars of soap are used to wash clothes, dishes etc. Detergent is reserved for car washing or cleaning the house. 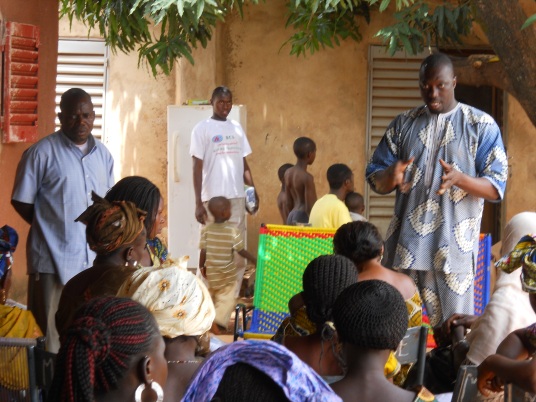 Yeah speaking with the women at the end of their training

Many more trainings like this will happen and the need is great to empower women. Many women in Mali are illiterate having had little to no opportunity to gain an education. It is projects like these that will help women create opportunities for themselves. A 5-day workshop like this usually costs $1500-2000. You might be surprised, and this does not include the trainer’s fees. In the case above, the trainer donated his services to PACP. The fees come from renting vehicles, gas and for housing/food. To truly learn these skills, you have to travel to different villages and regions hence contributing to the cost. Regardless of the cost, I believe this was money well spent. I am a big believer in empowering women and it is my hope that projects of this nature will educate women and then give them the hope to change their lives and the lives of those around them.

One response to “Political Ping Pong and Helping women help themselves”