Small steps in the right direction 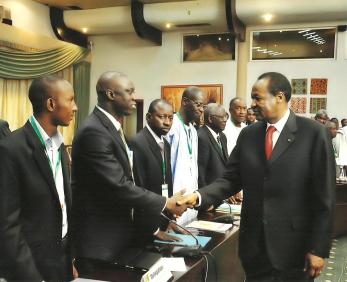 The meetings of this past weekend were a step in the right direction. Yeah and his team ADPS made sure that preserving Mali’s sovereignty was foremost as they headed to a weekend full of conferences with President of Burkina Faso, Blaise Campaoré, who has been appointed the official mediator by ECOWAS. Since the first part of the ECOWAS agreement had been honored by instituting interim President of Mali Diacounda Traoré, it was essential to discuss how Mali would now move forward. Diacounda’s primary responsibility is to reunite the country by regaining Mali’s 3 lost regions. The conference was filled with 78 members representing the different stakeholders in Mali. The conference provided a stage for political parties and representatives of the civil society to discuss their views on a number of topics including the territorial integrity of Mali, the transitional authorities, the duration of the interim presidency, and the authority that will make the choice of the Prime Minister to lead that the transitional government.

I am not going to lie and say that everyone had the same expectations.  Some of the participants were under the impression that the conference would designate the PM and members of the transitional government. However, it was more important to decide logistics before suggesting and appointing people. It was honestly a nice change to see somewhat of a democracy in action as leaders discussed what would best serve Mali in terms of leadership. 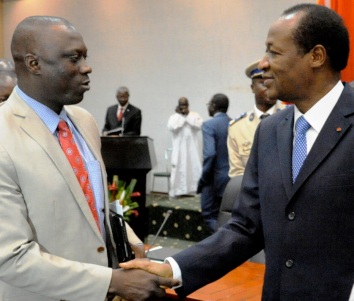 So who is the new PM? The new PM announced just 30 minutes ago is Cheick Modibo Diarra, Microsoft’s Africa Corporation chairman and a former NASA astrophysicist. (http://en.wikipedia.org/wiki/Cheick_Modibo_Diarra). He was also a Presidential candidate for the 2012 elections. This could be either good for the country or really bad. Diarra lacks the political experience having no role in the political circle but might be what is needed to bind the differing political parties and views together in a strong transitional government that can lead the country till elections.

The agenda in Burkina contain essential promises and decisions that will affect the future of Mali. I can’t believe this all started less than a month ago. Mali has seen three different Presidents (ATT, Sanogo and now Diacounda) in a matter of 27 days. Now more than ever, Mali and Malians need to feel some stability return to the country. The country looks like it’s getting back on the track of democracy. And that is the right direction!

For those interested, the agreement (translated) made and acknowledged by all parties in Burkina Faso is as follows:

SOLEMN DECLARATION PROJECT BY THE VITAL FORCES OF MALI

The Conference of Active Forces of the Republic of Mali met in Ouagadougou in Burkina Faso, under the auspices of His Excellency Blaise Campaoré, President of Burkina Faso, and the mediator of the Economic Community of West African States (ECOWAS) in the Malian crisis.

Determined to contribute to the implementation of the Framework Agreement of 6 April 2012 by the establishment of organs of transition;
Firmly committed to the search for a lasting solution to the conflict in the North of Mali, adopts the present Declaration whose content follows:

1.   On the situation in northern Mali:

– Demands the immediate restoration of territorial integrity of the Republic of Mali;

– Recommends to the Mediator to initiate without delay talks between the armed groups in the North of Mali and the transitional authorities to achieve a cessation of hostilities and the return of refugees and displaced persons;

– Called on the involvement of ECOWAS, to help Mali to recover its territorial integrity;

– Calls on the armed groups in the North of Mali to cease immediately all armed violence and all acts of violence and to seek rather solutions to their concerns through Republican mechanisms;

– Reminded the armed groups in the North of Mali the obligation to the protection of civilian populations and of strict respect for human rights and invites them to immediately stop all violence against women;

2. On institutional management of the transition:

– Recommends, the exceptional circumstances, and in order to, on the one hand, the effective implementation of the organs of the transition under the Constitution of 25 February 1992 and the framework agreement of April 6, 2012, and to the stability of the institutions that the question of the President of the transition be settled in accordance with the provisions of the agreement framework;

– Taking note of the resignation of the Prime Minister, recommends the appointment of a Prime Minister to meet the provisions of the agreement on 6 April 2012 framework. The formal appointment Act will be taken by the President of the Republic acting;

– Recommends strict application of the provisions of the framework agreement on April 6, 2012;

– In the establishment of the Government of national unity of mission provided for in the framework agreement of April 6, 2012, advocates the creation of responsible departments of humanitarian issues and matters specific to the Sahara-Sahelian zone;

– Recommends that the duration of the transition is determined by the Forum of consultations of the forces referred to in point 3, taking account of the restoration of the territorial integrity and the electoral technical assessment;

– Stressed the need to establish an electoral file secure and accepted by all, to ensure the organization of free, transparent and democratic elections;

– Welcomes the renewed commitment of support from CNRDRE to accompany the process of institutional standards;

– Stressed the urgent need to strengthen the operational capacity of the army to enable it to perform its sovereign mission of defending the national territory and protection of persons and their property;

– Welcomes the contribution of the Malian diaspora in efforts to search for peace in Mali;

3. On the Monitoring and Evaluation Mechanism

– Recommends the creation of a consultative framework of the active forces of Mali, under the Mediator, to ensure the implementation of the framework agreement from 6 April 2012 and the roadmap of the transition, as well as the regular functioning of the organs of the transition.

The Conference of the Forces of Mali expresses its deep gratitude and high appreciation to His Excellency Blaise Campaoré, President of Burkina Faso and ECOWAS Mediator in the Malian crisis, for his availability, his hospitality and for his tireless efforts to bring peace in Mali and it reiterates its encouragement for further efforts.

It addressed also its sincere thanks to the Chairman of ECOWAS, his Excellency Mr. Alassane OUATTARA, and all the heads of State and Government of the community for their continued efforts for peace in Mali.