Getting Democracy back on Track 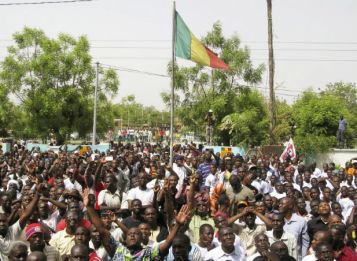 UN PEUPLE, UN BUT, UNE FOI ( ONE PEOPLE, ONE GOAL, ONE FAITH) IN OUR COUNTRY MALI

The past week has been an eye opener to not take things for granted. A democracy that had become the beacon and lesson for other countries in Africa was pulled to its feet. As the world watched, a coup led by junior army officers brought down the soldier of democracy himself, Amadou Toumani Toure (ATT).

Much of the Western world has responded in addition to the surrounding African countries requesting a swift return to democracy. The US, EU and ECOWAS have issued sanctions and in some cases threatened them if democracy does not return. So why is democracy so important? Democracy is a relatively fresh concept for many Africans and even at that those countries that have democracies and have elected leaders, eventually find themselves distanced from the very leaders that they put in power. Democracy which entails the formation of policies and determination of state’s role becomes a hard sell in general for so called young African democracies that do not see an exchange of this sort at the local level. In order for democracy to succeed and truly be embraced, leaders need to involve their constituents in running the government. Constituents need to see how laws passed affect them at a local level. For democracy to succeed, local participation should not only be hoped for, it is essential.

Mali had been a democracy for 20 years. The one thing that weakens a democracy like no other is when there is a vast difference between the elite that make the rules and the majority of Malians. Mali has been independent for 52 years, but has seen little improvement in healthcare, education and the poverty standards. Despite an influx of NGOs, unless the Malian government takes a personal stance literacy will stagnate at 46%. 1 doctor will continue to serve 20000 people. The average life expectancy will remain 52 years—almost 30 years shorter than the average Westerner. A huge percentage of the population will continue to live below the international poverty line of 1.25USD a day. The biggest challenge remains the institutions that have been created to resolve these issues. In addition, while great foreign investments have happened in terms of infrastructure, Mali has seen little investment to enhance its primary strength in the agricultural field. 70% of Malians work in agriculture; however, changing climate and the demand on food has made Mali very dependent on importing a majority of its food. More investments need to be made to make Mali self-sustainable and profitable in the agricultural arena.

The new leader will have a plateful of challenges.

Democracy is not lost. This is evident in the opinion polls where 74.5 % prefer democracy to any other regime type. However it has been hit hard in Mali. More than half of Malians feel that government has not served its purpose. Malians for the most part believe government is there to make their lives better. Lives have not gotten better.

Once the immediate security threat of MNLA is crushed, it will be important to start creating stability for our Northern brothers and sisters and also creating opportunities in the North for the refugees displaced by all the fighting. Then it will be important to return to the democratic process and allow Malians to truly choose their candidate unbiased by money and favors.

I truly believe that Malians need a leader with a vision. I truly believe that they need young blood that has been untainted by lives lost and the people’s money stolen. I believe the people of Mali will find a leader who cares in Yeah Samake. Yeah has been distraught over the current crisis that has gripped Mali. Today he told me:” My heart is crying for my country”. I hope that the leaders that are running the country today will work with the international community to end the Northern rampage of MNLA. I hope that international organizations will not forget my people suffering the North. I hope and pray that democracy will be restored temporarily with an interim government and then with free and fair elections. But most of all, I hope Mali will get the leader it so desperately needs that can show his people that there is hope and that Mali can be a great country not made great by foreign aid but by Malians themselves.

Democracy can be and will be restored. Make your voice heard at www.samake2012.com. Support Samake for Democracy! 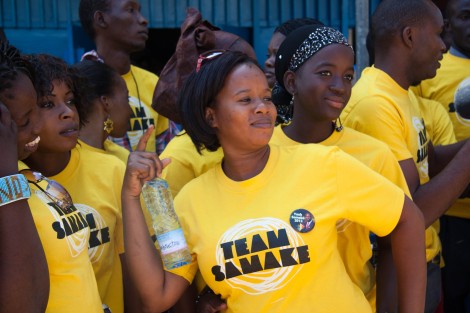 ← Kidal Falls
A Double Whammy: The North Falls and the Refugee Count Rises →

One response to “Getting Democracy back on Track”