Building a dream one meeting at a time.

In Mali, campaigns are done a little differently. Here the occurrence of meetings to convert supporters will determine the success of the candidate. Mali is at a wonderful stage politically in terms of the need for a young, innovative leader who can jump start the Malian economy. The current president Amadou Toumani Toure has been in office for 10 years. He is popular mainly because he led the military coup to overthrow the dictatorship of Moussa Traore and then handed power back to his people. During the past 10 years, while Mali has progressed little to none financially, the democracy has remained a stable example to its neighbors. Mali needs change desperately so that it can meet its fellow African countries in the high ranks when it comes to economic development, education and prosperity for its people.

Currently the Malian voting population is dominated by the youth. The youth have only known poverty, unemployment and a bad education system for as long as they can remember. This election will be won if the youth can be won over. The same applies to the woman. The Malian woman works hard and long and at the end of the day equality still does not exist.  However Malian women associations are one of the strongest groups in Mali. It is essential that Yeah taps into these two resources. And that is exactly what he did this past week.

One of the meetings was held in Siby. The campaign had already made a stop in Siby a few months back to meet with leaders from surrounding villages. The mayor of Siby was one of the mayors that Yeah took to Utah so that he could be introduced to better governance and could implement some of it in his own commune. Mayor Camara was so impressed with the moral standards and principles that were present in the towns/counties he visited in Utah that he committed to introducing a similar openness in his own commune. The 50 community leaders were eager to meet the candidate that they were supporting. Each of these leaders could potentially bring 500-1000+ supporters to the polls so it was essential that this meeting happen. The meeting was a huge success as it renewed the faith that these individuals had in Yeah and the change that he could bring if he was elected. 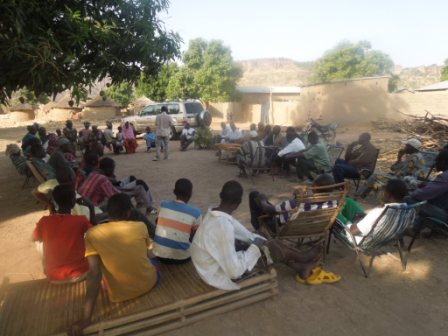 Another meeting that was held was with woman leaders. It will be important to tap into the woman voter population this election. A strategy meeting was held with 20 woman leaders to discuss how this could be done. This meeting too was a huge success as the woman leaders were pumped to go spread the word about their candidate for 2012. 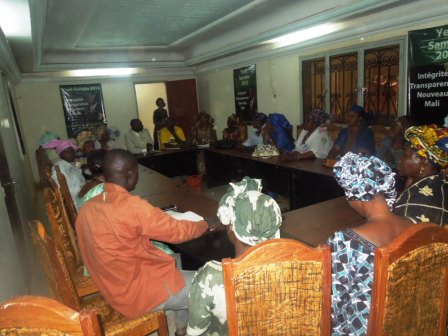 Yet another meeting was held with the youth leaders. The trend remained similar as these voters were reaffirmed in their faith in Yeah’s ability to lead Mali. Yeah told them it was their time and it was up to them to get out the vote if they wanted change in Mali. 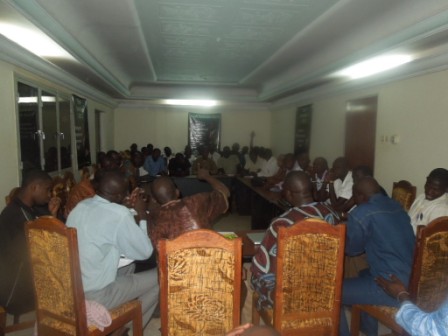 Getting the Youth vote

The focus of these meetings is to inform leaders where Yeah stands on important issues like woman’s health, basic health, education, decentralization and security. These three meetings are a small sample of what Yeah attends on a daily basis. These meetings are essential to the success of the election and could make or break Yeah’s bid for Koulouba (the Presidential palace). The campaign is moving fast and before you know it April 29th 2012 will be upon us. My hope is that we can together make Mali a better place for its 14 million people. Help support the dream at http://www.samake2012.com

Getting the Youth vote

Posted by Marissa Samake on January 6, 2012 in Past Posts

One response to “Building a dream one meeting at a time.”