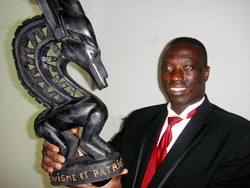 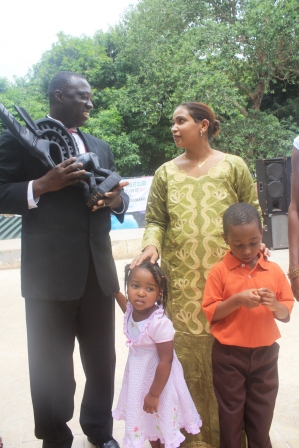 Bamako presented the next ideal spot for PACP to make its next appearance. Bamako is the capital of Mali and its largest city with a population of 1.8 million. Currently, it is estimated to be the fastest growing city in Africa and sixth fastest in the world. 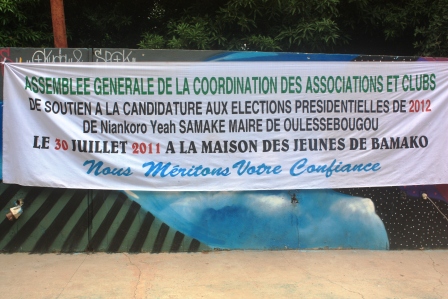 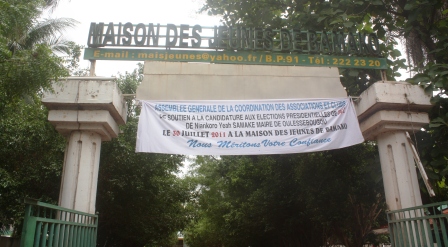 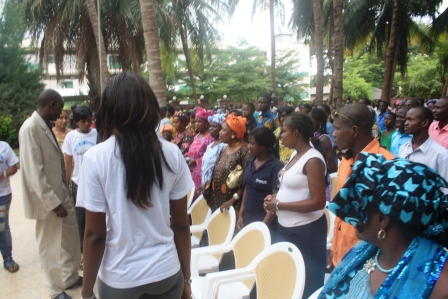 The crowd greets Yeah and PACP

The event was held on July 30th, from 10 am to 12 noon. The event, which was held at the “A La Maison Des Jeunes De Bamako”, was attended in huge numbers mainly consisting of the youth. It is very rare to attract large crowds, especially young crowds, to political based meetings on a Saturday morning but about 1500+ people gathered to greet the presidential candidate, Niankoro Yeah Samaké. 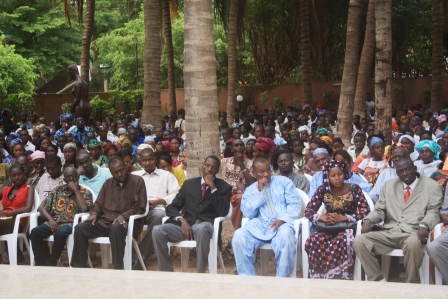 A Glimpse of the crowd 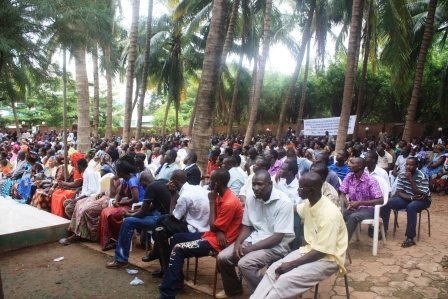 Glimpse of the crowd_2 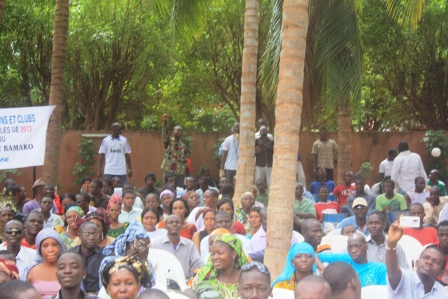 As the car pulled up, cheering was heard from inside the meeting place. A group of youth chanters greeted Yeah and pumped the crowd up to celebrate Yeah visiting Bamako and also his message of hope. 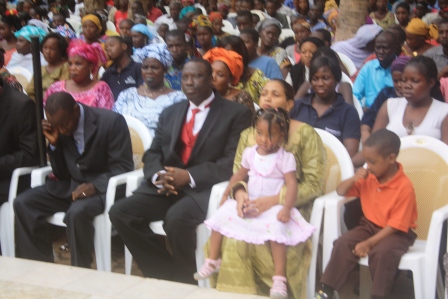 The event was started with speeches by Garba and Fomba. Garba pumped the crowd up before welcoming Yeah to speak.

Yeah was presented with a Ciwara that had the inscription: “Civisme et Patriotisme”. In Mali, the Ciwara symbolizes excellence. Yeah was honored by his party PACP for his strong commitment to his people and his return to Mali to make a difference. When Yeah got up to speak, the electricity went off. Rather than being deterred, Yeah, without a mic” rose to the occasion and addressed the crowd of 1500+ in a loud commanding voice. He spoke of what was possible for his people. He talked about how Mali is not poor but rather has been made poor. Or as in French, he says :” le Mali n’est pas pauvre, mais que ce sont ses dirigeants qui l’ont appauvri par la mauvaise gestion de ses ressources tant humaines que matérielles ».  This is a common theme in all his events. The youth of Bamako received the message with desire. The desire to see change in the generation to come. 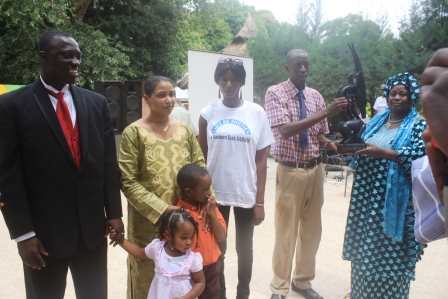 Yeah is honored with a Ciwara 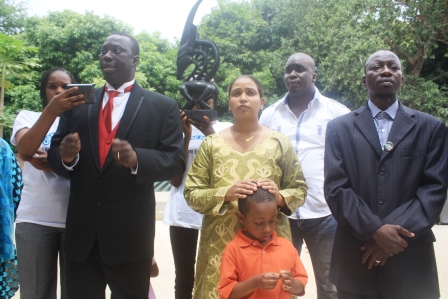 Yeah speaks to the youth of Bamako

The event in Bamako was great. It signified PACP’s stamp on the big city of Mali, providing candidates something to fear. Yeah Samaké had come and promised a difference, a change, a brighter future.  As the newspaper in Mali, L’independent says: How do the young people, who are suffering  under the heavy burden of unemployment and the crisis of the school and university system, not be willing to follow such a personality whose path is, moreover, very rich in education. 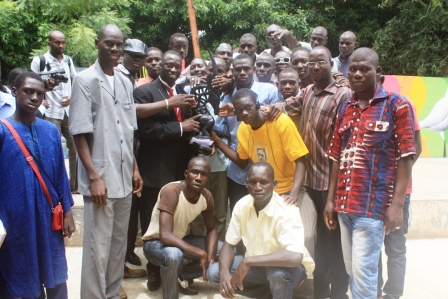 Yeah poses with the Youth at the event